You can’t deny the nonstop laughter Will Ferrell has brought into this world, whether it’s through unprovoked rants, gibberish language or child-like behaviour. His absurdity has become widely encouraged as millions across the world continue to applaud his comedic and creative talents which seem to have no limits.

Actor and comedian Will Ferrell was born in 1967 in California and began his antics at an early age performing skits and sketches over his school’s intercom throughout his senior years. His career began after he joined Los Angeles-based improv group the Groundlings, which then led to seven years on Saturday Night Live. As one of the show favourites, it was his famous impersonations which were particularly popular with SNL fans.

The comedian’s full potential was realised when he was finally able to pursue a successful career in feature films. Will is now one of the movie industry’s biggest comedy crowd-pullers with massive hits from the late 90’s onwards including A Night at the Roxbury, Old School, Step Brothers, Elf, and Anchorman. In recent years Ferrell has become a prominent comedy producer, including being the co-founder of Funny or Die, one of the most well-known web comedy production companies.

Limitless improvisation abilities have seen Will’s uproarious characters drop some hysterical lines we’ve gathered for those days where you just need some of that Will Ferrell humor.

Most Popular Will Ferrell Quotes from Movies

3. Are you free tomorrow? No, I'm expensive. Sorry.

4. Here’s the deal I’m the best there is. Plain and simple. I wake up in the morning and I piss excellence.

7. Absolutely ma-am, I would love to sign your baby.

8. You lost your phone and it's on silent? Too bad. If you liked it, you shoulda put a ring on it.

9. For just one night let’s not be co-workers. Let’s be co-people.

10. Winners get to do what they want. 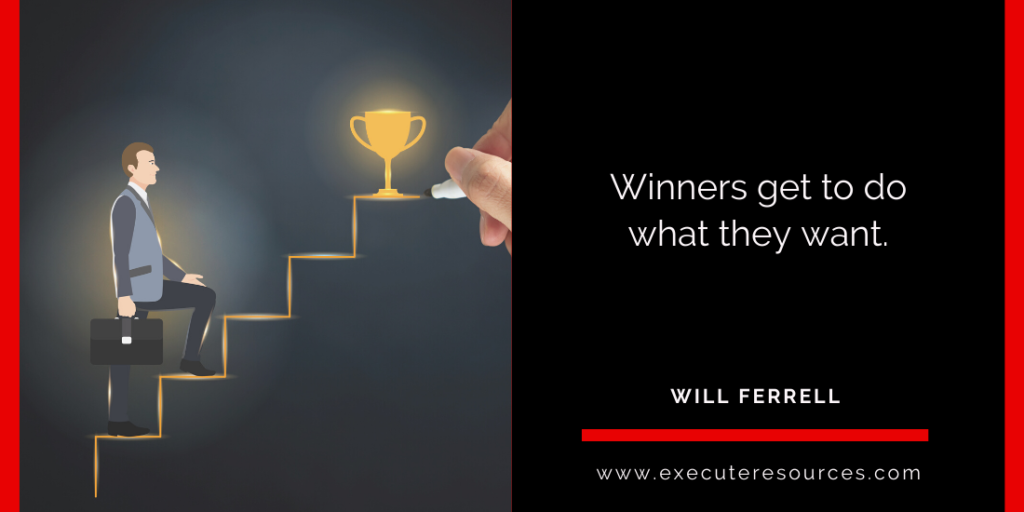 11. Farted on the bus and 4 people turned around. Felt like I was on "The Voice".

13. Before you marry a person, you should first make them use a computer with slow internet to see who they really are.

14. One day I’ll get you over that wall of anger, and it will be glorious!

15. Everybody panic! Oh my God, there’s a bear loose in the Coliseum! There will be no refunds! Your refund will be escaping this [rip] trap with your life! If you have a small child, use it as a shield! They love tender meat! Cover your sodas! Dewie loves sugar

17. Well let me just quote the late-great Colonel Sanders, who said…’I’m too drunk to taste this chicken.

18. Bitches or not, 99 problems is still a shitload of problems.

20. How many sarcastic pills you take this morning?

23. I'm not saying that I can perform miracles or anything. But I can turn water into kool aid.

Best Real-Life Quotes by Will Ferrell

25. When I was ten, I wrote an essay on what I would be when I grew up and said I would be a professional soccer player and a comedian in offseason.

26. I’ve always wanted to sail around the world in a handmade boat, and I built a boat.

27. There’s always going to be someone as funny as you or funnier.

28. By the time I was ready for college, I didn’t know what I wanted to do. I think I secretly wanted a show business career, but I was suppressing it.

29. All you have in comedy, in general, is just going with your instincts. You can only hope that other people think that what you think is funny is funny. I don’t have an answer but I just try to plough straight ahead.

30. I’m a Cancer; I’m music-passionate. I like long walks on the beach.

31. I’m a selective packrat. There’s some things I have no problem getting rid of and others I hold onto dearly.

34. It’d be great to be in a position where you can make choices regardless of money. My tastes are always gonna lead me to go for the amazing project where I’m being paid in Turkish cantaloupes.

35. Aren’t we all striving to be overpaid for what we do? 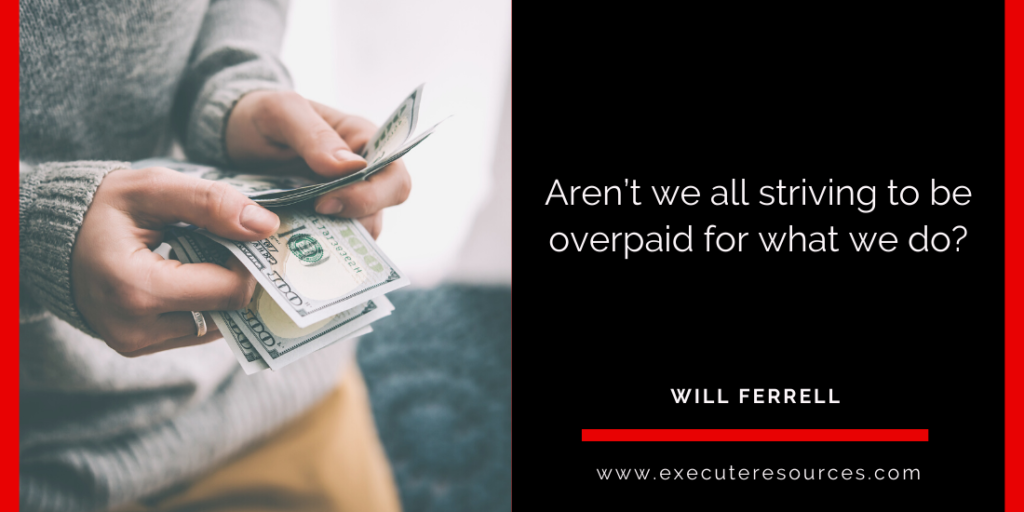 36. Enjoy the little fun things – like taking your kids to school – before they’re all grown up.

37. I think a lot of the instincts you have doing comedy are really the same for doing drama, in that it’s essentially about listening. The way I approach comedy, is you have to commit to everything as if it’s a dramatic role, meaning you play it straight.

38. You still have that competitive thing where you want to try to make hits. That won’t go away, unless the mayor of show business says my time’s up.

39. My dad turned me onto Peter Sellers as a kid. I loved the fact that he was a unique combination of being extremely subtle and over-the-top all at the same time, and that’s a hard thing to do. I admire that.

40. I did plenty of jobs that I hated. I was a bank teller and terrible at it. I parked cars, a valet. I answered phones. I somehow avoided being a waiter. I knew I wouldn’t be able to keep the order straight. I’m not much of a multi-tasker.

41. I’ve always had, when I needed it, an extreme amount of focus that I could put into something. That has served me well.

42. In the fourth grade, I learned how to fake walking into a door. You know, you hit it with your hand and snap your head back. The girls loved it.

43. It’s very easy for me to play silly, but to reveal something closer to you, that’s so much harder.

45. I think anyone who has, you know, is in any sort of artistic pursuit, kind of goes up and down with the way they feel about their work. And I, for the most part, am a pretty happy person. But, yeah. I go through definite periods of time where I’m not funny. I’m not good. I’m – I don’t feel original.

46. I always just forced myself to do crazy things in public. In college I would push an overhead projector across campus with my pants just low enough to show my butt. Then my friend would incite the crowd to be like, ‘Look at that idiot!’ That’s how I got over being shy.

47. I remember going with my mom to a random garage sale as a kid and thinking what a cool treasure hunt that whole world was. Only to transition as an adult to think, ‘What a gross place that really is.’

48. Anyone who does anything creative is always gonna want to change. 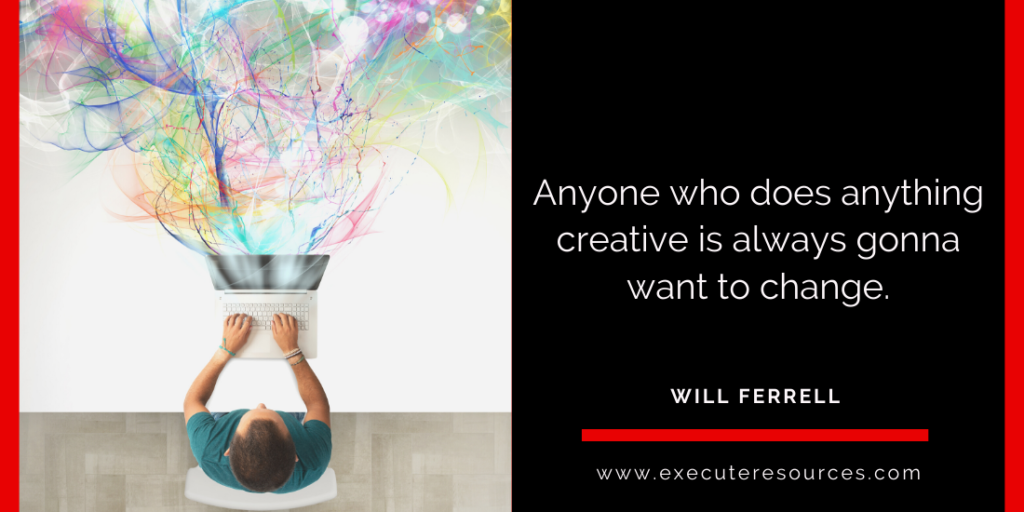 49. I grew up in an entertainment family, and so I saw how susceptible you are to the ups and downs of this business.

50. I know the nature of comedy, and you never know what will happen with the next movie or whether people will find it funny.

52. Anyone who does anything creative is always gonna want to change.