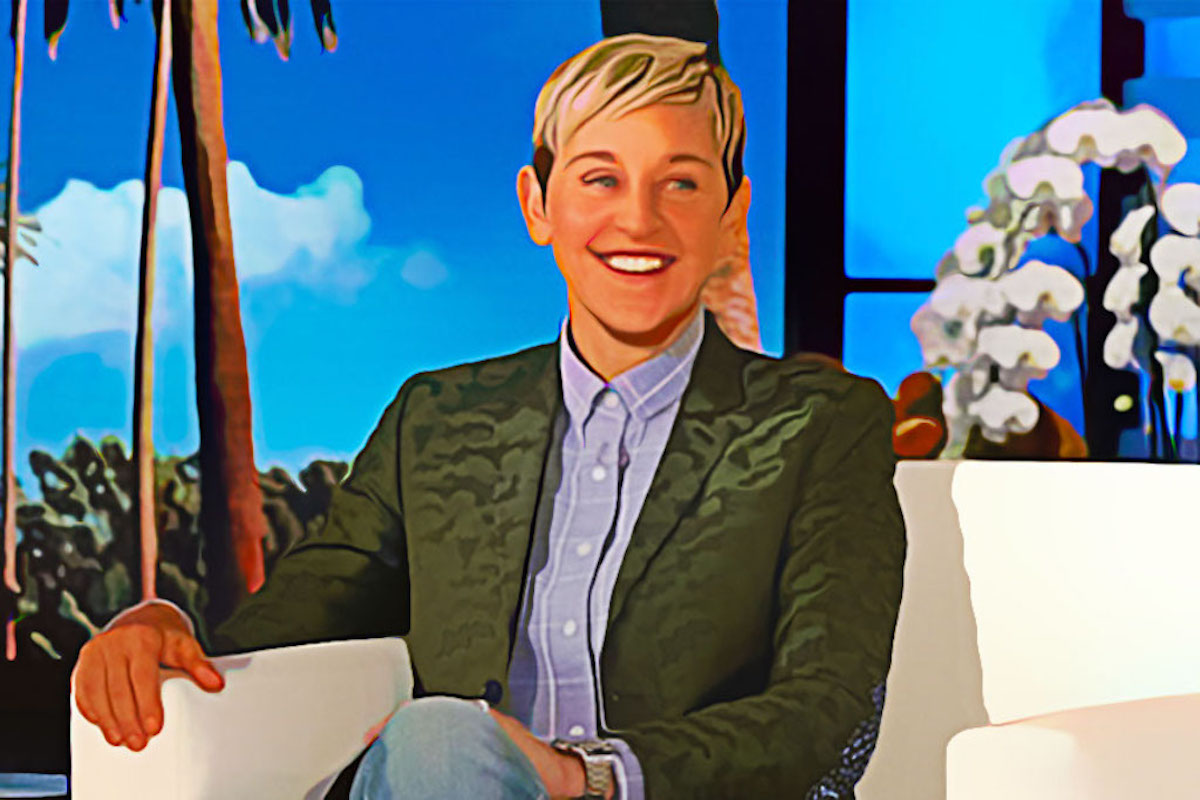 Despite a rattling 2020, ex-talk-show host Ellen DeGeneres remains a beloved celebrity for her friendly and funny public demeanor which is always switched on. Regardless of what anybody else says, the advocate for animals, gay rights, and anti-bullying campaigns, will forever be known for promoting kindness and compassion on her light-hearted show.

Ellen DeGeneres’ estimated net worth is US $370 million. With a long standing Emmy-Award winning talk show which lasted 19 seasons, DeGeneres became the second-highest paid female celebrity behind Kylie Jenner, per Forbes, earning $US83 million ($A107 million) in the 2019/2020 financial year.

Ellen DeGeneres was born in Louisiana in 1958 and is an American comedian, television host, actress, writer, and producer. She starred in the sitcom Ellen from 1994 to 1998 and then began hosting her syndicated television talk show, The Ellen DeGeneres Show in 2003.

DeGeneres began a stand-up career in the early 1980’s which included an appearance on The Tonight Show Starring Johnny Carson. Her big break into the business came in 1994 with the sitcom Ellen, in which she infamously came out during one episode.

The Ellen Show also won 17 People’s Choice Awards. On May 12, 2021, it was confirmed that the upcoming nineteenth season will be it’s last, scheduled to premiere on September 13, 2021.

As a film actress, DeGeneres starred in Mr. Wrong, EDtv and The Love Letter, in the 1990’s. She is also well-known as the voice behind beloved character Dory in the Pixar animated films Finding Nemo and Finding Dory.

In 1997, DeGeneres came out as a lesbian in an appearance on The Oprah Winfrey Show. Her following increased largely in light of this announcement, with ongoing admiration and support from fans across the world. As her popularity continued to rise, she hosted the Academy Awards, Grammy Awards, and Primetime Emmys.

She made history in 2018 when Netflix paid her up to $US30 million ($A39 million) for her comedic stand-up show, Ellen DeGeneres: Relatable, making her the first and only female comedian to command such cash for just one stand-up set.

To date, the star has won 30 Emmy’s and 20 People’s Choice Awards which is more than any other person. Her charitable efforts have also initiated more awards including the Presidential Medal of Freedom in 2016. In 2020 she was awarded the inaugural Carol Burnett Award at the Golden Globes.

In 2008, DeGeneres married Australian-American actress Portia de Rossi. With a large property portfolio, they are known for buying, flipping, and selling at a significant profit. The pair bought and sold more than $102million in properties in 12 months alone in 2018. In 2015, they made a $19 million profit after selling their home in Holmby Hills six months after they moved in.

DeGeneres and de Rossi moved into their luxurious Balinese-style mansion in Montecito in 2019 – which DeGeneres infamously referred to as a prison on her show – after buying it for $34.88 million. They sold it for $43 million late last year.

DeGeneres and de Rossi attempted to end the year on a high, snapping up a $65 million home in Montecito, the same neighbourhood where Meghan Markle and Prince Harry live.

And it doesn’t end at real estate. DeGeneres’s lash taste expands to cars, watches and art, for which she has spent hundreds of thousands of dollars on, across various pieces and vehicles….which she continues to change and collect.

As of September 2021,  Ellen has more than 77 million followers on Twitter and 107 million followers on Instagram. She may have had a rough 2020, but the star is still adored by fans worldwide, with a generous, empathetic, lively and energetic spirit which is always demonstrated on screen.

And what happens behind the scenes?

Nobody seems to care…..She’s Ellen DeGeneres. A remarkable dancing comedian with hilarious antics and long-lasting affection fans are always going to see first.