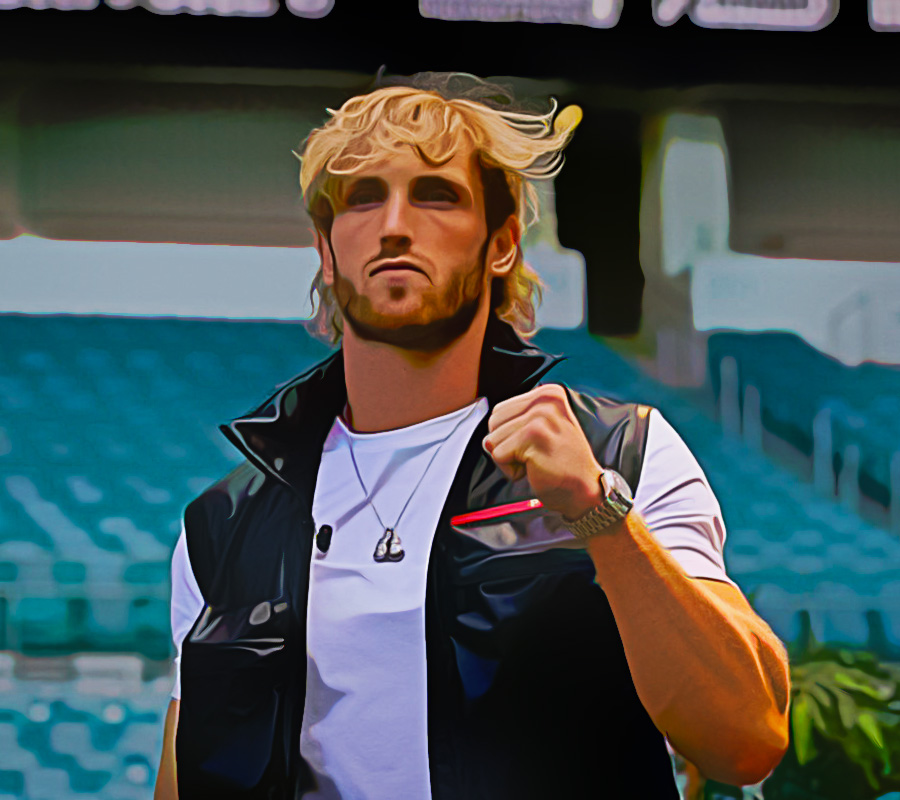 Not every 10-year-old making videos in their backyards will amass to become one of the biggest and most controversial social media stars in the world.

Logan Paul’s Midwestern good looks, slapstick humor and twisted ideas for viral videos have earned him more than he ever anticipated with a worldwide fan base and an estimated net worth of $24 million in 2021.

Born in Ohio 1995, Logan Paul is an American YouTuber, internet personality, actor, podcaster and boxer. He started making videos when he was 10 years old for a channel he launched, Zoosh. Through high school, he transitioned to the video-sharing app Vine with videos which included doing stunts, telling jokes and playing pranks.

In 2014, a compilation of these clips were turned into a YouTube video which had more than four million views in the first week.  When his followers reached four million soon after, HBO, Pepsi, Virgin Mobile and other large organizations hired the star for advertising. As the tenth most influential Vine personality on 2015, each short video posted made Logan hundreds of thousands of dollars.

When Vine shut down in 2016, he had accumulated 9.4 million followers and was quickly able to succeed on other social media apps like Facebook and Instagram. Logan began earning money quick as advertisers continued to approach him, offering the teen thousands for sponsored posts. The success saw the star drop out of University and move to Los Angeles in 2014 to pursue a career in entertainment.

Logan now runs an official channel with over 5 million subscribers and a “Logan Paul Vlogs” channel with over 19 million subscribers, despite many controversies. Most notably, was the Suicide Forest video, where during a 2017 trip to Japan, he filmed a suicide victim and uploaded the footage to his YouTube channel. Other controversies continued to arise after this incident which included tasering two rats and announcing he was “going gay” for a month.

Logan’s involvement in television include guest appearances on Law & Order: Special Victims Unit and Bizaardvark. Not stopping here, he released the debut single 2016 in 2016, and took to boxing in 2018. Logan fought British YouTuber and rapper KSI in an amateur white-collar boxing match which ended in a majority draw. The star also owns clothing line Maverick Clothing, where he has claimed in the past to have sold 3 million dollars in merchandise in just three days.

Near the end of 2018, Paul launched his podcast Impaulsive, where he interviews and chats with friends and fellow YouTubers. The show recently celebrated its 100th episode and has over 2.7 million subscribers.

Today Logan’s videos have been viewed almost 5 billion times. He has more than 22 million subscribers on YouTube, 16 million followers on Instagram and 15 million fans on Facebook. With these statistics, it’s no surprise the star was featured in the Forbes Highest-Paid YouTube stars of 2018. While his estimated net worth today stands at $19 million, the number is only headed in one direction as he continues to make sensational videos for social media, alongside his addictive pod-caster personality and ambitious pursuits.