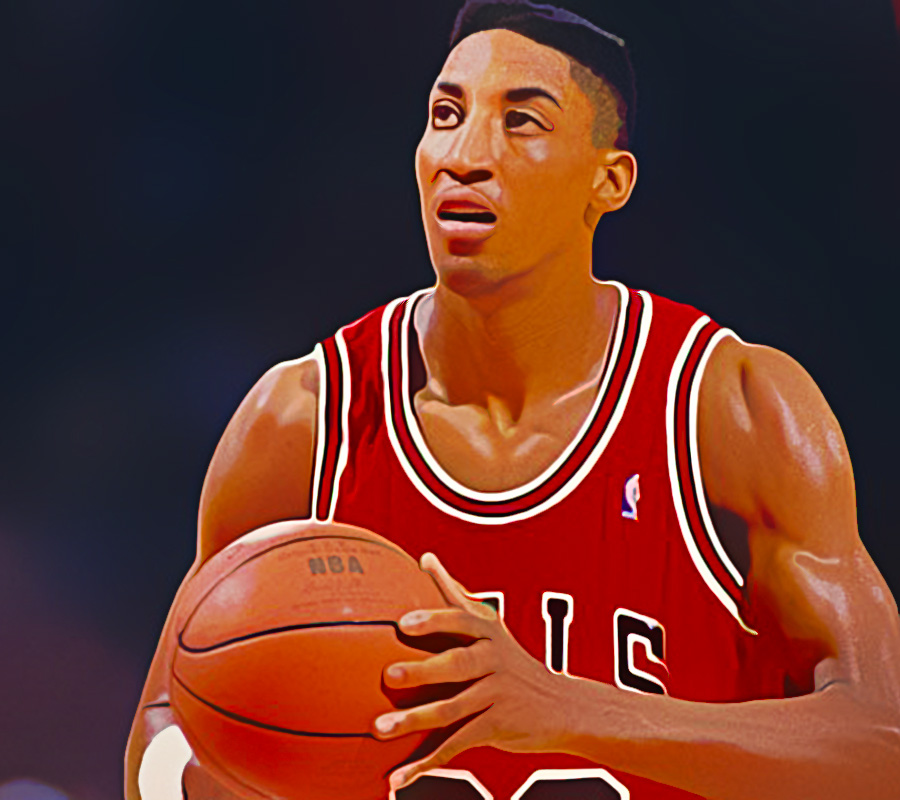 Scotty Pippen’s estimated net worth of $22 million is actually much lower than what he earned during his tenure in the NBA thanks to some irresponsible financial decisions.

Scottie Pippen was born in Arkansas in 1965 and is an American former professional basketball player. He was one of the NBA’s all-time leaders in steals and a seven-time NBA All-Star, winning the title of All-Star MVP in 1995. A Chicago Bulls player for 12 seasons, he retired his number 33 in 2005 and has since remained a city legend of the sport.

Pippen’s basketball talent became adamant through high school when he led the Hamburg High School Basketball team to the state playoffs. He continued to play for the University of Central Arkansas, and after a 7-inch growth spurt took him to 6 foot 8, he scored an average of 23.6 points per game in college. He also managed 10 rebounds, 4.3 assists and almost 60 per cent field goal shooting.

In 1987 Pippen was selected by the Seattle Supersonics in the first round of the 1987 NBA Draft. The Bulls were interested in him, however their draft pick wasn’t low enough to get them, so the team arranged a trade with Seattle.

This marked the beginning of the basketballer’s career, who signed a total of four contracts over 17 years in the NBA. The first one came during his rookie year, offering $5 million for six years. Four years later, still with Chicago, Pippen renegotiated his deal and signed on for another seven years for $18 million.

He negotiated with two years left on his contract, therefore lacking any meaningful leverage. The athlete went on to play a pivotal role on six championship teams, which saw the contract arguably labeled as one of the worst, in NBA history. While Michael Jordan made $33 million in the 1997-1998 season, Pippen received $2.8 million.

In 1998, he managed to triple his deal and signed a $62.7 million deal with the Houston Rockets. In 2003, he signed again for two years with Chicago for $10 million and ended his career at the end of the term.

An Olympic champion, Pippen is the only NBA player to have won an NBA title and an Olympic gold medal in the same year twice, in both 1992 and 1996.

As his career reached an all-time high, endorsement deals came at the basketballer from well-known brands including Frito-Lay, Visa, Ameritech Cellular TV, McDonald’s, Right Guard, Coca-Cola and Nike. Pippen also made TV and movie appearances over the years.

The athletes total career earnings come to $109 million including contract incentives. So what has he done wrong? Pippen purchased a $4 million jet that didn’t work and continued to fork out an additional $1 million to repair it. This among poor investments and other was irresponsible financial decisions made resulted in the $120 million loss Pippen endured.

What’s millions when you’ve got millions though, right? Pippen’s total career earnings were around $109 million including contract incentives. And today, while a lot of that’s gone, his net worth of $22 million is still a whopping figure which could rise further with lasting legendary status, provided he incorporates others in the decision-making process when it comes to spending big and spontaneous purchases.

Joshua is the editor of Execute Resources. He actively sources the best bites of motivation for the Execute Resources library. As a company, we believe in empowering individuals by creating epic content that moves real humans forward! Execute daily. Empower Your life. Build a legacy.