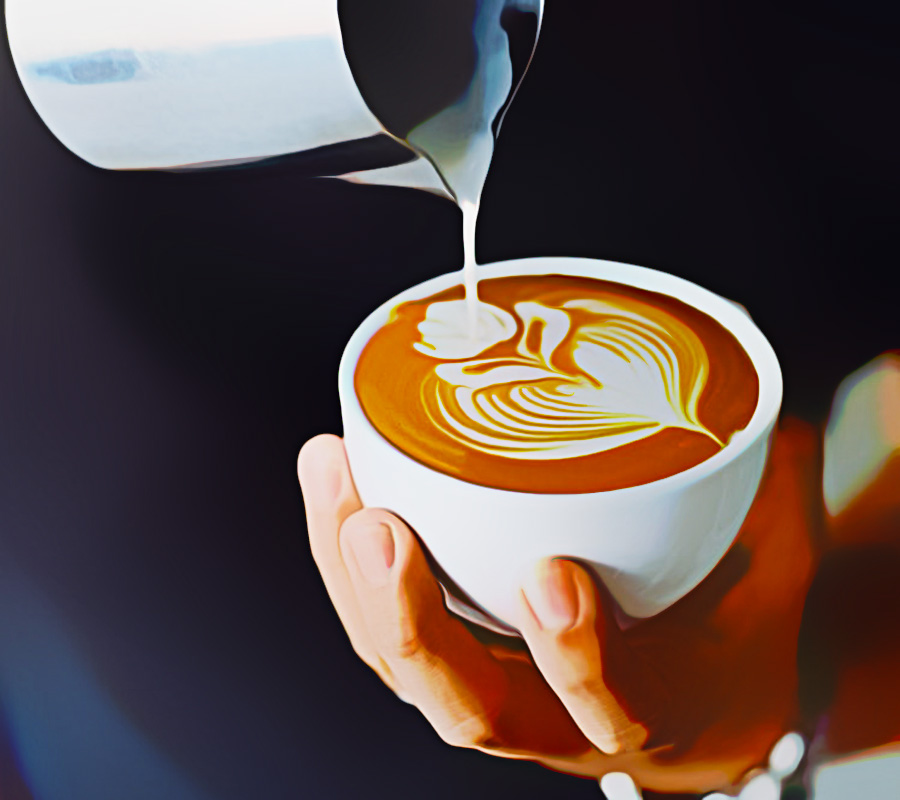 From volcanic highlands and beyond, let us introduce to you…

There’s no doubt our taste buds have changed over the years, with coffee developing from a simple kettle boiling routine to a top of the range barista service. The best is always going to be yet to come, with environment and processing constantly affecting quality and price of the world’s best beans.

The average cost, for a pound of coffee beans is between $9 and $12. So, what makes this price go all the way up to four digits?

The locations are a start. These crops aren’t in accessible places with higher altitudes and short seasons to consider for every bean grown. Farmer’s have spent years coming up with the perfect varietals and from there, the production process remains complex and refined for the reputable coffee quality which must be sustained.

Why bother? Because small seasonal yields, manual processing, and dynamic flavor profiles can create unique and unforgettable beverage experiences, in just one cup of coffee. Trying these beans which come from around the world is like smelling and seeing the diversity of flavours you never thought existed.

Some people are adamant there’s no beating a cup of coffee from their favourite café, however we’re sure these beans will change your mind if you’re ever able to try them. And if you do manage any of these expensive world-renown beans, we’d be interested to know if it’s a worthy experience.

Be warned, you may develop an addictive habit, tempting you maintain your thousand-dollar taste buds in place of your regular Starbucks latte.

These are most expensive coffees in 2021:

Just the same make you think high value, as ivory has become a black-market material, worth thousands. It’s not completely inaccurate, in reference to elephant droppings which are used to make this costly seed. Elephants in northern Thailand consumer Arabica coffee beans at the start of this process and bring a particular enzyme as well as an extra slow digestion time. This produces a uniquely smooth, mellow taste in the product.

The costly bean is due to the difficulty extracting whole beans as elephants have a habit of chewing most of them up. The ones they do consume are deposited in hard-to-find places. The coffee is manufactured with an elephant refuge where they are rescued from the abuses of the tourism industry. A percentage of the sales actually go towards funding the elephants’ healthcare.

In other words, you won’t feel so guilty about this hefty purchase.

This Indonesian coffee is well known, roasted after being eaten, digested and deposited by a palm civet or, the toddy cat. The animals are particular about eating only sweet and fresh coffee cherries which undergo the most natural fermentation process once it’s inside the cat’s digestive tract. The beans yield distinct flavour characteristics which are unique to this process only.

Once it has left the cat’s body, the coffee is cleaned, roasted and brewed with hints of plum, tea and rose among the many flavours it embodies. The process has sparked controversy as it remains associated with inhumane treatment of the toddy cat which should be considered before making any purchases.

Grown in Panama’s Boquete region, Hacienda La Esmeralda reaches back to 1936 and has received many awards around the world. The coffee is sourced from heirloom trees of the Geisha varietal which grow exclusively at 1,500 metres above sea level. The price stems from minimal supply, a short growing season and high labor costs.

With exceptional flavour, the beans have had to be rationed some years due to the difficult extraction process. The end result? Purebred lightness and intensity of flavour which is citrusy and strong and contains hints of jasmine, red fruits and bergamot.

Anything coming from volcanic highlands is not going to be cheap or easy to source. The Ospina farm was founded by a pair of brothers who escaped from prison and grew to be the first big-scale commercial coffee growing operation. Three Colombian presidents jumped on board the initiative, which saw the coffee become one of the most prized around the world.

Beans are grown exclusively at an altitude of 7,500 feet or higher in the volcanic highlands of Colombia’s Antioquia province. A cup comes with a nutty aroma and hints of apricot with a balanced velvety body. There’s a chocolate-almond flavour you might also get in your mug, to top it off with a crisp finish.

This super exclusive bean is only available in the smallest supply, under 50 pounds per year. A mystery surrounds Hacienda El Roble, with the coffee trees originally purchased by the owner who believed they were the prized Geisha varietal. He soon discovered they were entirely unknown, as was what he would produce. He named the trees for the farm lot they were growing and realised by the end of the season he had a special product.

The farm lies in southern Colombia and is now overseen by a full-time agronomist. Trees are nourished by organic chicken compost and the coffee is processed by pulping, sun-drying and controlled fermentation. You can purchase it roasted at an Australian roastery only, named Proud Mary in Melbourne. If you’re lucky enough to try it, you’ll get hinted flavors of mango, peach and cream with a smooth body and floral aroma.

This ‘especial’ Geisha coffee is produced in Boquete, Panama and grown at an average altitude over 1500 metres above sea level. The amazing taste suggests the flavors of rose, juniper berry and lavender.

It’s expensive, however it’s also one of the more accessible beans with many roasters offering the coffee during its July to September season.

One of the oldest coffee plantations in Colombia, the Ospina families have had plenty of time to develop one of the best crops around through experience and passion. Their trees take three to five years before coffee cherries grow, leaving years of waiting to know how good a variety will be.

Ospina is grown in volcanic ash, and has strong, warm, caramel and nut flavours with a smooth and clean finish.