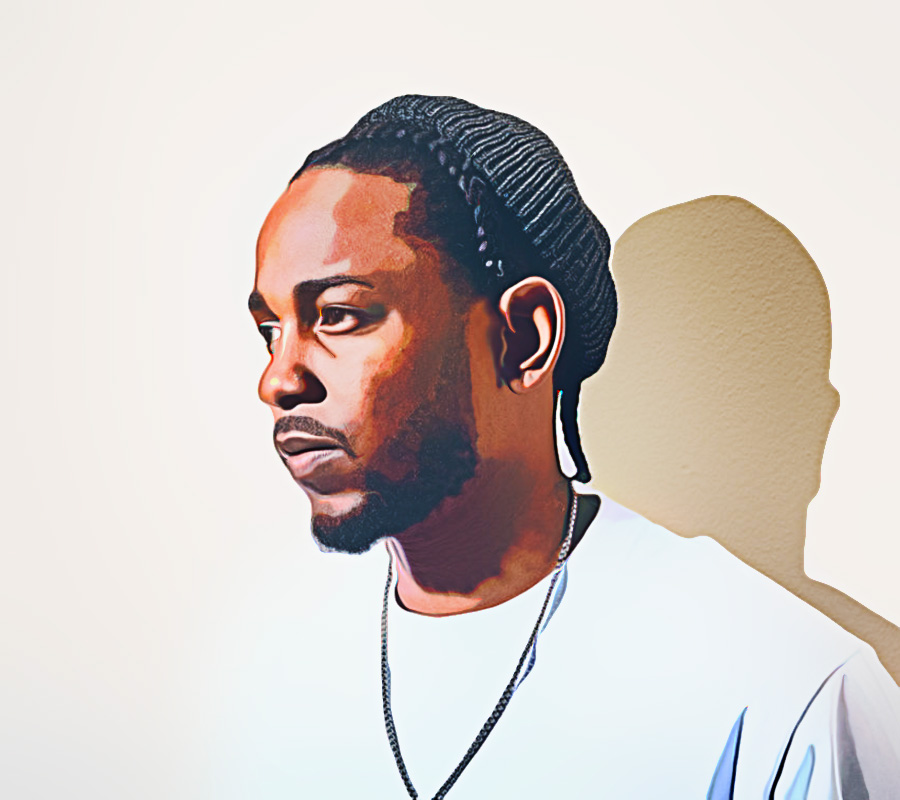 What began with a mixtape in high school, sparked the beginning of Kendrick Lamar’s rise to becoming one of the most popular and highest-paid rappers in the world. He has accumulated 14 Grammy Awards, and to date has a net worth of $75 million dollars.

Kendrick Lamar was born in California in 1987 and is an American Rapper. He started rapping in elementary school and was inspired by Tupac, Shakur and Dr.Dre. Lamar released his first mixtape when he was 16 and signed with Top Dawg Entertainment in the early 2000s. In 2008 and 2009, he received further attention with his appearance in a music video for Jay Rock’s All My Life (in the Ghetto), going on to co-sign with Lil Wayne.

Lamar released his first major studio album Section.80 in 2011 under independent record label Top Dawg Entertainment. It peaked at number 113 on the US Billboard Chart. His released his second studio album good kid, m.A.A.d city the following year under Interscope records and Aftermath Entertainment. It sold over 1.1 million copies in the United States alone and reached number one on the US R&B/Hip-Hop chart and number two on the US Billboard 200 chart.

His popularity and bank account continued to grow in 2013 when he supported Kanye West on his Yeezus tour, and then appeared on Eminem’s album The Marshall Mathers LP 2.  In 2015 he featured on the remix of Taylor Swift’s Bad Blood, which reached number one on the US Billboard chart, and won a Grammy for best music video and MTV Video Music Award’s Video of the Year.

Lamar released his third studio album To Pimp a Butterfly in 2015 which sold 324,000 copies in the US in the first week. It reached number one on the Billboard 200 chart in the US as well as in Australia, Canada, New Zealand and UK. It won him five Grammys including Best Rap Album, in 2016.

While sales of his first three albums continued, Lamar released his fourth studio album, Damn, 2017 which became his third million-selling album, following To Pimp a Butterfly and good kid, m.A.A.d city. It also reached number one on the US and Canada Billboard 200 charts and became certified platinum winning Best Rap Album at the 2018 Grammy Awards.

Lamar’s innovative take on Southern California combined with thought-provoking lyrics and rhymes have seen him listed in many publications as one of the best rappers of all time. His earnings will no doubt continue to increase as the rapper has gone from an annual income of $9 million in 2013, to $39 million in 2019. And there’s no way he’s going to cap it now with a global status assuring more albums on the horizon and endless opportunities to pursue.