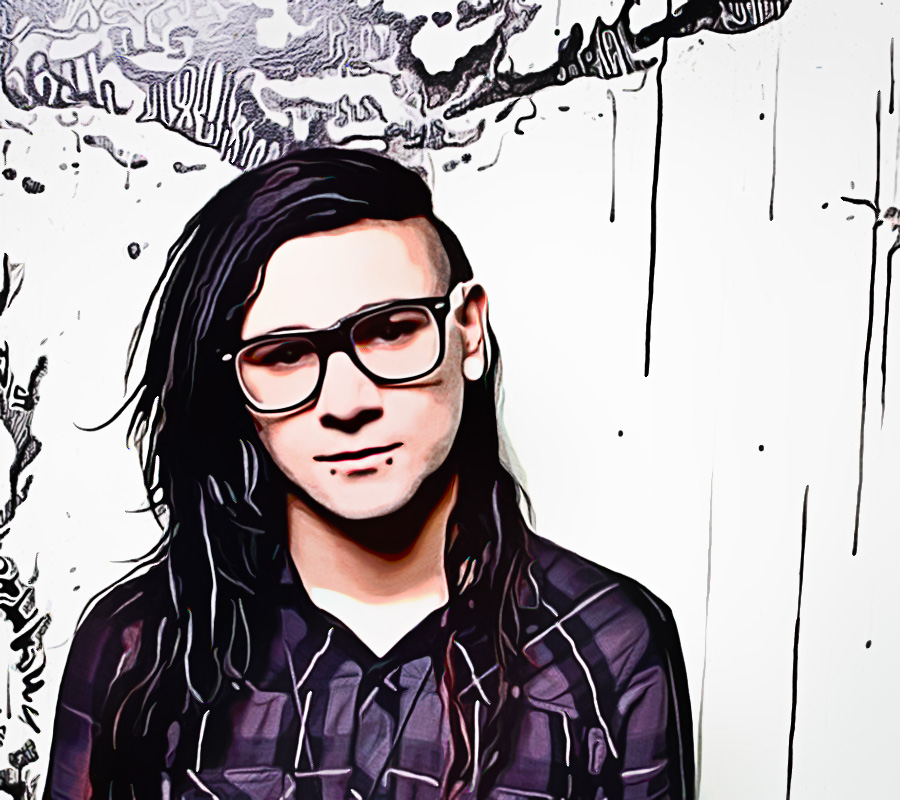 It’s hard enough to get back on your feet after any surgery, yet alone one that’s crucial for your life’s passion. Throw in deep debt and homelessness and anyone assumes, turning life around becomes impossible.

So exactly how did Skrillex manage to go from the bottom of the ladder to 19 million YouTube subscribers and a net worth of $50 million?

Born Sonny John Moore in LA 1988, Skrillex is an American electronic dance music producer, DJ, singer, songwriter and multi-instrumentalist. The star was bullied when he was 14 years old and had to be home schooled as a result. A year later he discovered he was adopted by friends of his biological parents, and in response dropped out of a private academy school specializing in arts.

Skrillex started attending punk gigs and electro club raves throughout LA, coming across the opportunity to audition as lead guitarist for the band From First to Last in 2004. However, when the producers heard his voice he became the lead singer instead. The band’s first album Dear Diary, My Teen Angst Has a Body Count was released that same year. Their second album Heroine was released in 2006 and brought more decent sales as their popularity rose. Skrillex stayed with the band for three years before leaving when he was faced with serious vocal problems which required surgical intervention.

Still following his passion for music, the artist started his solo career and the trend in electronic music genre, dubstep. He launched his first EP My Name is Skrillex in 2010, signed to mau5trap recordings soon after and then went on a nationwide tour with deadmau5. His second EP released later in the same year, Scary Monsters & Nice Sprites was more successful with two Grammy Awards for Best Dance Recording and Best Dance/Electronica Album at the 2012 ceremony.

Increasing his worth, Moore established his own label OWSLA in 2011. Co-founders included Tim Smith, Kathryn Frazier and Clayton Blaha. Artists under the label included Dillon Francis, Marshmello, Zedd, Porter Robinson and Skrillex himself. His EP Bangarang was released under this label, for which Moore also won another Grammy in 2013 for Best Dance/Electronica. Following this, he released the EP Leaving in 2013, and finally in 2014 Skrillex released his debut full-length solo studio album, Recess.

He teamed up with Red Bull that same year for his Mothership tour to create the documentary Let’s Make A Spaceship. The film went behind the scenes of the shows with unprecedented access into the most ambitious live events of his career and the 25-foot high dynamic spaceship which remained the centrepiece of the tour.

As additional side projects, Moore joined the group Dog Blood, with Boys Noize in 2012 and they released three EP’s between 2013 and 2019. In 2015, he collaborated with Diplo to form the duo Jack U, releasing the studio album Skrillex and Diplo Present Jack U that same year. In 2019, Skrillex joined Poo Bear and Hikaru Utada, to create the opening song for the video game Kingdom Hearts III, Face My Fears. The same year, he released the two-track EP Show Tracks which featured Alvin Risk and Beam.

Not stopping there, the artist has also had major success with his own YouTube channel of 19 million followers and over 4 billion views. He continues to pursue new and old ventures, taking the opportunity in 2017 to recommence with From First To Last after a decade, in a show at Emo Nite LA.

With a YouTube channel now earning him between $172,000 and $2.8 million a year, Skrillex’s net worth is definitely heading in one direction only. At the peak of his career the artist earned $20 million per year from touring and licensing. Throughout his success, Skillrex has maintained a pure brand, turning down every opportunity of product endorsement to date.

Today his net worth stands at $50 million and is undoubtedly growing. There really is no telling how much more this young artist will earn as endless opportunities continue to heighten his fame and exploit his talent, much to his fans excitement.